"Havana" is a song recorded by Cuban-American singer Camila Cabello featuring guest vocals from American rapper Young Thug. It was released on August 3, 2017 as a promotional single of her upcoming debut studio album Camila (2018), along with "OMG".

On August 30, via social media, Cabello confirmed the song as the album's second single. It was serviced to radio on September 8. On November 12, a remix version of the song with Daddy Yankee was uploaded to Cabello's YouTube page. The first verse of the song is sung in Spanish while Daddy Yankee replaces Young Thug's verse. 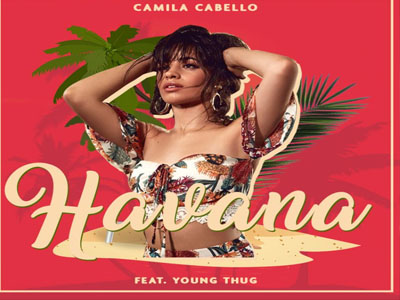 "Havana" is a mid-tempo track, and lyrically finds the singer embracing her Cuban heritage.[4] Cabello sings the chorus over Latin-influenced piano riffs and rhythm, with the melody's chord progression constantly switching between Gm—E♭—D7 and Gm—E♭maj7—D7. Sadie Bell of Billboard interpreted the line "Half of my heart is in Havana" as the song chronicling "a romance that found Cabello's heart left down south," while for Rolling Stone's Brittany Spanos, in the "clubby, smooth" track, Cabello falls in love with "a mysterious suitor from East Atlanta", though she has left her heart in her hometown.

Genie In A Bottle – Christina Aguilera